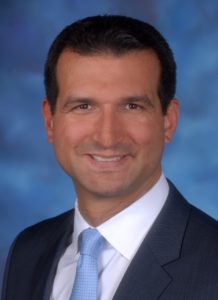 He completed his internship in Pediatrics at the Albert Einstein College of Medicine, in New York. He then completed his residency training in Pediatrics at the Children’s Hospital of Richmond at Virginia Commonwealth University School of Medicine, in Virginia. Following residency, he was among an elite group selected for a fellowship in Pediatric Cardiology that he completed at the University of Texas Health Science Center at Houston-McGovern Medical School, located in the heart of the world-renowned Texas Medical Center. He then continued to train as an Interventional Pediatric Cardiologist with pioneers and leaders in the field at the same Institute. During his training he was honored to be selected to serve as the Chief Fellow.

Before moving to Los Angeles, he was an attending physician at Inova Children’s Hospital at the outskirts of Washington, DC, one of the largest hospitals in the east coast. He was also the Director of the Structural and Interventional Congenital Heart Program at one of the major private practices in that area.

Dr. Hartas has presented his research at numerous meetings nationally and internationally. He actively contributes abstracts, articles, and reviews for a number of peer-reviewed medical journals. In addition, he has been honored with multiple awards including the prestigious Award of Excellence by the American Academy of Pediatrics and the Travel Award twice by the same Academy. His track record in academic success demonstrates his unrelenting commitment to his work delivering compassionate care to every patient and ensuring patient satisfaction, while adhering to the highest level of integrity and ethics.

Dr. Hartas enjoys outdoor activities such as basketball, photography and kite surfing. He is proud to call Los Angeles his home.